We invite you to join your fellow clinicians to learn about cutting-edge best practices in cardiovascular care. Minneapolis Heart Institute® providers discuss topics in prevention, diagnosis, managements, and treatment of cardiovascular conditions. 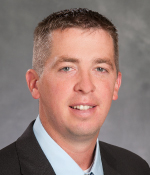 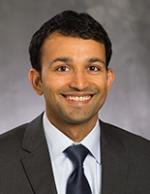 Allina Health, Learning & Development intends to provide balance, independence, objectivity and scientific rigor in all of its sponsored educational activities. All speakers and planning committee members participating in educational activities are required to disclose to the activity audience any real or apparent conflict(s) of interest related to the content of this conference. The ACCME defines a commercial interest as “any entity” producing, marketing, re-selling, or distributing health care goods or services consumed by, or used on, patients. The ACCME does not consider providers of clinical service directly to patients to be commercial interests - unless the provider of clinical service is owned, or controlled by, an ACCME-defined commercial interest.

Michael Miedema, MD, MPH and Manju Pai, MD have disclosed that they DO NOT have any real or apparent conflicts with any commercial interest as it relates to presenting their content in this 1-hour activity.

Retu Saxena, MD, Christopher Leighton, and Michael Berger have disclosed that they DO NOT have any real or apparent conflicts with any commercial interest as it relates to the planning of this 1- hour activity.

Our team of experts at Minneapolis Heart Institute® (MHI®) provide world class cardiovascular care through our multiple centers of excellence. From disease prevention to emergencies and cardiac transplant, we’re a national leader in cardiovascular care.

Manju Pai, MD, discusses the wiring of the heart and what happens when there is an irregular heartbeat.

Stress Testing - Which Test When?

Peter Eckman, MD, discusses and defines heart failure. He goes into detail about the medications and devices used for heart failure.

Get to know Dr. Santiago Garcia

Hear from Dr. Santiago Garcia, Interventional Cardiologist and Researcher at Minneapolis Heart Institute Foundation® (MHIF), as he shares how he came to practice medicine and the inspiration he finds in helping patients in this video.

Jason Q. Alexander, MD, presents on the history of stroke, types of stroke and the evolution of treatment at Minneapolis Heart Institute Foundation® Cardiovascular Grand Rounds.

A patient with endocarditis went into labor, causing a complete cardiac arrest. Open heart, critical care services and neonatologist teams worked together to deliver the baby and save the mother's life. This video was originally featured ...

Welcome to the Minneapolis Heart Institute®

Minneapolis Heart Institute®'s top physicians give an overview on how they are improving cardiovascular care for their community.